Compared to the transcribed literatures, the original, first-hand bronze and stone rubbings can better document the original materials of the ancient time. Initiated by Centre of Ancient Documents Preservation at Gansu province, this preservation project aims to digitize all the existing and upcoming original bronze and stone rubbings both in Taiwan and China. To date, 51,800 exclusive original bronze and rubbings from Gansu province were discovered and built into the digital database, which is well-edited by the expert team of sinologists and archaeologists. 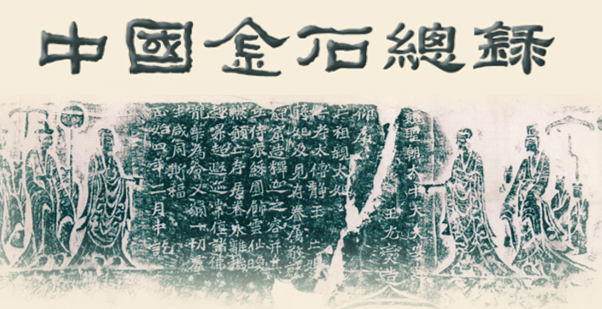 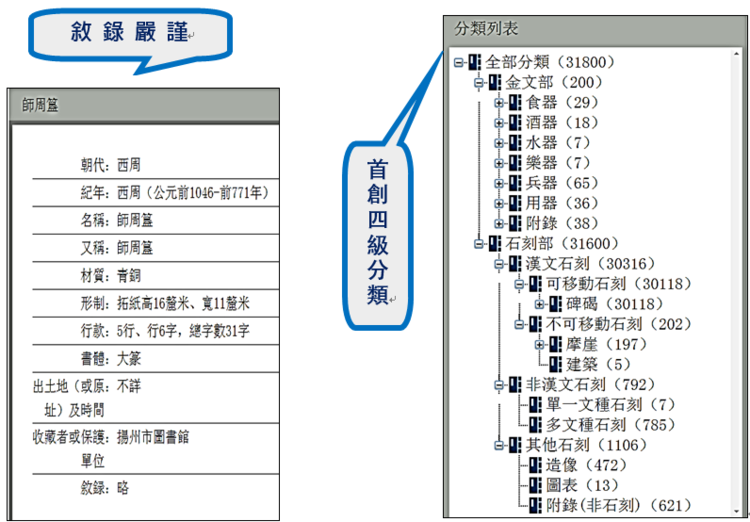 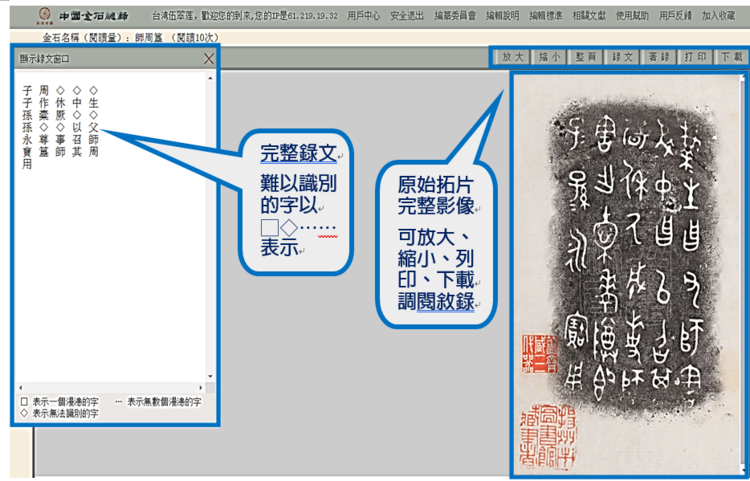 Most databases of bronze/stone rubbings only collect their materials till Yuan Dynasty; whereas, the “China Bronze and Stone Rubbings Collection” not only has the common materials before Yuan Dynasty, but accommodates a huge amount of newly-discovered rubbings from Ming Dynasty onwards. The latter occupies 80% within the collection whose time frame extends to the Republic period in the 21st century (221 B.C. –2000 A.D.). It’s worthy to notice that most of these rubbings and inscriptions are first-hand resources that have high historical value and are firstly open to the world in the digital form.

In order to solve the searching issue resulted from the traditional classification, this database establishes a new system to classify all the materials. That is, under the categories of ”Bronze,” “Stone,” and “Others,” there are 4 levels to separate the materials either by its topic or by the time period. For example, there are 3 categories under the “Bronze” section which are ‘before Shang Dynasty,’ ‘Shang to Zhou Dynasty’ and ‘Qin to Han Dynasty.’ Furthermore, there is a few sub-divisions under each category. For instance, within the category of ‘Inscriptions of Han Chinese,’ there are 2 sub-divisions as Original Rubbing and Gravestone Epitaph. By utilising this system, it not only solves the problem of difficult retrieving, but greatly helps to increase the search accuracy as well.

Aiming to provide the most accurate resources for scholars’ researches, our team is devoted to avoid any possible error by strictly following our digitising policy. First of all, to do many rubbings from one tablet, then selecting the best version to digitise. Secondly, all the ‘hard-to-identify’ characters are corrected and proofread triply by professional sinologists and researchers. Thirdly, each rubbing is accompanied by the detailed information, such as : alternative name, dynasty, reign title (Chinese era name), material, written pattern, discovered time and relic location, etc.

● 51,800 original rubbings are published at the first time

● The most complete collection of ongoing excavations across China and Taiwan

● Rigorous digitizing policy to secure the highest quality of rubbings

● Detailed annotations are triply proofread by sinologists and archeologists